Our Head Office, Shop 124 Level 1 Queens Arcade, 34-40 Queen Street Queen St, Auckland is currently  open by appointment only. Please call or  email, We are happy to find a time to meet, discuss  make bookings to meet your  travel requirements

Please cancel or postpone your tour if  you are not  well

We have  been  forced  to temporarily suspend our policy

“We guarantee to travel for one person” due  to low  numbers and sustained  losses  caused  by Covid19.

We promise quality and personal service in spacious vehicles

Tours can start or finish in Auckland or Rotorua

Featured below  is a variety of  Cave tours and  Cave Combos

Only available from Rotorua

Starts only in Rotorua – Can finish in Auckland or Rotorua

Hotel pickups (Central areas of Rotorua only) from 1:20pm. Return to Rotorua by 7pm or arrive in Auckland approximately 7:45pm 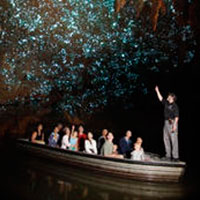 The Waitomo Glowworm Caves occupy a high placing in the New Zealand vacation wish-list. The glow worm, Arachnocampa luminosa, is unique to New Zealand. Thousands of these tiny creatures radiate their unmistakable luminescent light from the roof of the  Waitomo Caves

You will travel through Rural NZ landscape from Rotorua to the Waitomo Caves ( approximately 1 hour and 50 minutes) On arrival you will join a guided tour of the  caves, conducted by a local guide – the highlight of which is the  boat ride along the Waitomo River where you have the opportunity to see the myriad of glow worm lights that make up the Glowworm Grotto.

Depart 6:30am – return between 7pm and 8pm depending on traffic – Hotel pickups from just before 6:30am 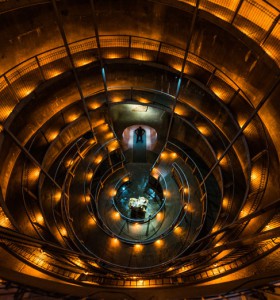 Travel from Auckland to Matamata then to Hobbiton for your tour of the movie set with “Hobbiton Tours”. Travel in comfort in a late model Mercedes,  Our vehicles range from 6 passenger seats to 15 passenger seats and which ones we  use  depends on the  number of people travelling on your day of travel. You will have the opportunity to view the scenery of New Zealand’s Waikato region on your way to Hobbiton  which is know  for it’s cattle and  dairy industry. You will also see some sheep in paddocks near the roads you are travelling on.

Your tour concludes with a complimentary drink at the Green Dragon. and a generous packed  lunch will be supplied

Start in Rotorua or Auckland  and finish in Auckland or Rotorua   –  This tour includes  Hobbiton and 2 Cave Combo at Waitomo – or for the more Adventurous you can swap the 2 caves for the Black Labyrinth  –  after which you travel to Auckland  or Rotorua arriving between 7pm and 8pm – Tour includes all transport, admission fees and a generous packed lunch

We have people choosing different caving activities on the same day. If you choose a shorter  activity you may have some free time .

Aranui Cave  is set in the Ruakuri Scenic Reserve, 5 minutes drive from the Waitomo Glowworm Caves. It is named after Ruruku Aranui, the local Maori man who first discovered this previously 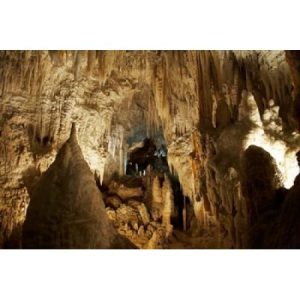 hidden gem back in 1910. Aranui Cave has a natural cave entrance and is the smallest and most delicate of Waitomo’s three main caves. As a dry cave without a river running through it, it houses very little life past its entrance.

However, just inside the entrance is a colony of native New Zealand cave wetas and further into the cave is the most beautiful collection of stalactites, stalagmites, flowstones and decorative formations. Aranui Cave is a magical, mystical place that is steeped in Maori myth and legend. As such, it occupies a very special place in the hearts of the people of the Waitomo district. Visit soon to see the richly varied cave formations within close-up view and enjoy an experience you will never forget.

According to Maori legend, Ruakuri Cave (rua meaning den, and kuri meaning dog) was first discovered 400-500 years ago by a young Maori hunting for birds. Ruakuri Cave offers a captivating blend of Waitomo’s most compelling subterranean experiences. Journey down through the spectacular spiral entrance, and marvel at the softly folding shawl-like limestone formations and crystal tapestries. Hear the distant thunder of the subterranean waterfalls and get up close to the glowworms.

Ruakuri Cave is New Zealand’s longest guided underground walking tour and an experience that must be seen to be believed. It will leave you open-mouthed, awe-struck and humbled by the sheer majesty of nature.    Ruakuri Cave has full wheelchair and pushchair access

This tour has about 6.5 hours of activities  so you will have very little spare time in the day

We work with every caving supplier at Waitomo – If want to do a combination not listed or choose Spellbound as your option, please let us know and we  will see if we  can package this for you – for more information about caving adventures follow the link to Blackwater Rafting

Sorry, no posts matched your criteria.